adminFebruary 15, 2018Leave a comment on Seeking Relief for Those with Marijuana Criminal RecordsPolitics

Prop 64, or the Control, Regulate, and Tax Adult Use of Marijuana Act, does a lot more than the title might suggest. In addition to legalizing marijuana 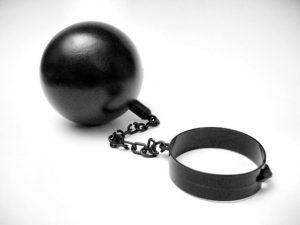 in California (and regulating and taxing), it offers a unique opportunity for the state to make reparations of sort to the people and communities who have suffered the most from the destructive “War on Drugs,” which turned out to be more of a slanderous attack on marijuana and an assault on minorities.

According to ACLU, most drug arrests between 2001-2010 were for marijuana, and a whopping 88% of those were for possession. Worse yet, black people were more than 3 times as likely to be arrested for marijuana-related crimes than white people despite having almost equal rates of use.

San Francisco and San Diego are leading the way in the state toward making amends for past marijuana-related crimes. The city’s district attorneys are proactively reviewing cases on the books and expunging misdemeanors that are no longer crimes, giving those who previously have been punished a clean slate. They also are checking for charges that can be reduced to lesser crimes.

But what about the rest of the state?Statewide, those with previous convictions can petition to have their cases reviewed and charges erased or reduced. Many, such as the district attorney’s offices in Sonoma and Mendocino counties, have cited lack of resources as the reason that they don’t review all cases, according to an article from The Press Democrat.

While our experienced marijuana criminal defense lawyers in Los Angeles applaud any and all efforts to undo the overly aggressive enforcement of marijuana-related crimes, we also know that a petition system will leave many in the dust, unaware they are eligible for such relief or uninformed about how to apply. These people will lose out on the benefits a revised record can bring, including making it easier to secure work and housing.

Others agree. Legislation has been proposed that if passed would take the efforts in San Francisco and San Diego all over the state, automatically putting all relevant cases up for review. And while resources certainly could be an issue for some areas, there’s no reason more of the state taxes from marijuana sales could not be allocated for this important cause.

Meanwhile, our attorneys can help you assess if your old convictions are eligible for review. We also are here to fight for your rights if you are currently battling criminal charges. Our law firm includes skilled attorneys who focus solely on criminal cases to give you the strongest support possible for your case.

Besides reviewing criminal records, many regions are using resources to make amends in other ways. For example, Oakland and Los Angeles are setting up social equity programs, which offer aide to those applying for marijuana business licenses who have previous cannabis convictions. In addition, those related to someone with a previous conviction would see favor, in an attempt to lift up families. The programs would also favor low-income applicants, particularly those from areas whose economies were deeply effected by widespread cannabis-related arrests.