In the midst of tax season, the paradox of tax-paying marijuana business owners being treated like criminals takes center stage. The San Francisco 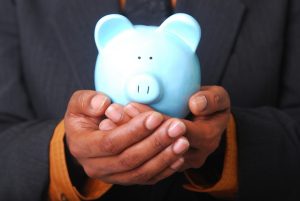 Chronicle recently described the scene as marijuana retailers brought bags of cash to tax administration offices. Some retailers reported bringing in up to $80,000 at a time.

But what other choice did they have? California has opened the door for legal recreational sales with the implementation of Proposition 64 this year, which is bringing a new wave of money-making opportunities for cannabis entrepreneurs. And where there is money-making, there are also taxes. These businesses want to pay their taxes, but without the option of processing transactions and savings in a bank like a normal business, cannabis companies end up paying taxes with cash out of bags.

As our marijuana attorneys can explain, at the heart of this issue is Controlled Substances Act, 21 U.S.C. Section 812. According to the federal government, marijuana is classified as a Schedule I narcotic under this act. A Schedule I classification means that a drug “has high potential for abuse” and has no accepted medical use in the United States. And even under medical supervision, it would not be considered safe to consume. Obviously, nothing could be further from the truth when it comes to marijuana. For more than 20 years, cannabis has been offering relief to patients in California for everything from cancer to arthritis to anxiety thanks to the Compassionate use Act of 1996.Regardless, this classification prevents banks from doing business with most marijuana operations because doing so would technically associate them with criminal activity and put them at risk for money-laundering charges. Some estimates put the number of dispensaries dealing solely in cash at 70 percent.

There are a few possible solutions. But our Los Angeles marijuana business lawyers know it will take courage from elected officials to make it happen. Some cities have proposed publicly owned banks. This would put bank regulations under state control, giving them some freedom from federal oversight. A recent bill in California State Senate, SB930, would create a Cannabis Limited Charter Bank Advisory Board, which would oversee regulations and licensing of charter banks that could offer limited services to marijuana businesses.

And finally, but most importantly, legislators need to keep pushing back on oppressive federal authority. There are still some protections in place that give states room to oversee their own marijuana laws outside of federal rule. The Rohrbaucher-Blumenauer Amendment, for example, was extended recently, preventing the justice department from using funds to go after medical marijuana operations that follow their state laws. But this amendment offers no such protection to recreational businesses. And Attorney General Jeff Sessions is pushing back on all protections, trying to take the country back to the days of treating marijuana like heroin or meth (which, by the way, is a Schedule II drug and therefore considered less dangerous than marijuana according to this absurdist rule). We need a more permanent solution and we need it yesterday.

This is why it is so critical to work with a skilled marijuana business attorney. Our lawyers have the experience and are up-to-date on the constantly changing rules at the local, state, and federal level so we can be prepared to advise you on the best course of action for your business.