adminApril 12, 2018Leave a comment on Feds Consider Marijuana to be Criminal, While Legal Knockoffs Hospitalize UsersPolitics 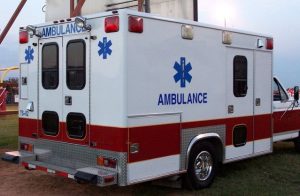 , it is almost laughable how many misguided politicians and policymakers are still fighting against it. It is clear to our experienced cannabis attorneys that this conundrum is exactly why many good law-abiding citizens turn to dangerous knockoff substances that have weaseled their way into the market. They do not want to break the law or fail drug tests, but they want to enjoy the benefits of marijuana.

“Synthetic cannabinoids” have been around for years, marketed as legal marijuana knockoffs, when their relation to marijuana stops at their cheeky branding and colorful packaging. Reports are rolling in from Michigan and Illinois of people using K2 or “Spice” and ending up in emergency rooms with uncontrollable bleeding, according to a report from Michigan’s WILX10. A representative from the Michigan Department of Health and Human Services claimed in the Midwest, more than 100 have been hospitalized and two have died from this drug. Other forms of so-called artificial pot in the past have reportedly caused side effects such as hallucinations, seizures, heart-rate issues, and other serious medical problems. You might be wondering if these types of drugs have been around for years and are so dangerous, why do they continue to be on the market? Our knowledgeable L.A. marijuana criminal defense attorneys can explain that producers of these drugs are using a pretty typical tactic to evade the law. When a substance is made illegal, it is based on the exact formula that makes up the compound. So when lawmakers pass a law banning a substance, producers only have to amend the formula slightly enough that is no longer is affected by the law. They then can flood the market and make a fine profit before officials catch on and start the long process of banning this new iteration. This is why even though the first version of “synthetic marijuana” was designed to try to mirror the real deal, it has changed so much that it has absolutely nothing in common, though it continues to smear the good name of cannabis.

Meanwhile, marijuana continues to be treated like toxic sludge by our federal government, which has steadfastly stood by the drug’s Schedule I classification under Controlled Substances Act, 21 U.S.C. Section 812. Because marijuana is a natural substance, those in the cannabis industry can’t just scramble the formula to push it past legal barriers, nor would they want to. They know cannabis, when grown, cultivated, and used in a responsible way, is a safe and effective drug, regardless of what its classification status claims. It can be used not only for medical purposes, but also for adults to enjoy as an alternative with fewer side effects to other recreational substances, such as alcohol.

Although many states are establishing laws and fighting for the rights of marijuana users and businesses, people across the country are still being treated like criminals for choosing a drug that is eons safer than legal knockoffs. Even in California with both medical and recreational legal guidelines in place through Medicinal and Adult-Use Cannabis Regulation and Safety Act, there are still wide swaths of the state with tight restrictions in place, continuing to treat marijuana users like criminals. That’s why our skilled defense attorneys are here to defend you should you find yourself in marijuana-related legal trouble in the Los Angeles area.