State law, federal law, and religious liberties have collided to form an unholy trinity in a case 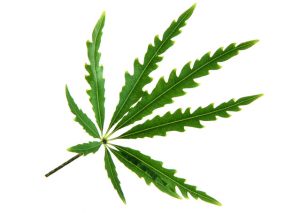 involving First Church of Cannabis. The church had put in a bid attempting to allow smoking of marijuana as a religious sacrament in Indiana. The group sued the state, attorney general, and then Gov. Mike Pence in 2015. But a judge out of Marion County Superior Court recently ruled against the church, according to RTV6.

Indiana currently has extremely limited medical marijuana provisions and relatively strict laws against recreational use. Attempts to decriminalize small amounts of marijuana were thwarted in 2013, and instead an amendment to IC 35-48-4-11 was added to HB 1006 to increase penalties of certain types of possession to felonies rather than misdemeanors. Some attempts to legalize medical marijuana also failed a few years ago, but last year the legislature was able to push through a bill allowing CBD oil specifically for seizures. Considering all of the people nationwide who have found relief from cannabis for a wide variety of ailments, this seems to be the absolute least they could do.First Church of Cannabis was attempting to appeal to the state’s Religious Freedom Restoration Act, which is intended to protect religious groups from government interference. The act stirred up controversy from people concerned the law could lead to discrimination against certain residents, particularly LGBTQ individuals, with business owners citing religion as a shield for their discrimination. It is clear, though, given the reaction to the First Church of Cannabis that the law was never intended to protect all religions. When it comes to discrimination under the guise of religion, state leaders shrug. When a church suggests cannabis be used, however, suddenly there is much concern over churches abusing the law and using the cover of religion for illegal practices.

On the surface, the concern of state officials is not invalid. If marijuana were to be considered a dangerous drug, allowing this church to use it in religious practices would be unfathomable. It could set a precedent for drug rings to use religions as a front for illicit sales and smuggling. Our Orange County cannabis lawyers must ask, though, why is it considered a dangerous drug at all? Marijuana is legal in 30 states for medical use, nine of those states also allowing recreational use. By pushing against this issue so fervently, state leaders have actually exposed a nerve. If marijuana is not allowed to be used in religious ceremonies because it could pave the way for harder drugs to do the same, we must have the conversation about why it is lumped in with other Schedule I narcotics, like heroin or LSD, at all.

The state of Indiana made it clear where its priorities are: to further outdated propaganda about marijuana, and protect its anti-cannabis agenda even above religious liberties. We’ve come a long way in the fight for cannabis rights, but this goes to show there is much work to still be done on the national stage. Considering Pence, now vice president of the United States, had a large part to play in both the religious liberties law and the harsh marijuana punishments in Indiana, it’s no wonder there is still such confused messaging from our top leaders in regards to marijuana.