adminDecember 29, 2018Leave a comment on 2019 to Bring Boom of Multi-State Cannabis Companies, Mergers and AcquisitionsPolitics

Most of the marijuana businesses in California and across the country run by small, independent entities operating in a limited regional network within their own state. Los Angeles marijuana business attorneys have seen several indications we might see a major shift on this front in 2019. There are already four large multi-state marijuana businesses in operation, and as more national and international companies enter the fray, we’re likely to see a boom of large cannabis business growth – partially or primarily through mergers and acquisitions. 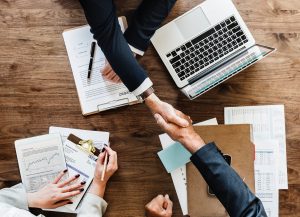 Historically, cannabis business ventures have been small as federal law has hindered businesses from stretching across state lines. While the states control trade within their borders, the federal government has jurisdiction over interstate sales – and cannabis is still under federal law considered a Schedule I dangerous narcotic. But with the drug legalized in some form now by 33 states and available for recreational use in 10, legal in Canada and poised for legitimacy in Mexico, this is probably going to change (though it’s tough to say exactly when). State and local governments are embracing the tax revenue these companies rake in and they’re spending less on police resources to bust people for petty marijuana possession charges. A legal marijuana industry analyst with Forbes opined next year will see an explosion of cannabis mergers and acquisitions.

Still, expanding the tentacles of one’s marijuana business into other states is still very risky and could result in millions of dollars in losses if they overreach or fail to follow the stringent regulations set forth by each state. There are personnel issues, regulatory issues and sometimes just rotten luck. But even for smaller cannabis businesses in Southern California, staying competitive in this rapidly expanding and evolving market may require it. If you’re thinking about branching out – whether into the next county or across state borders, you can begin strategic business plan discussion with an experienced Los Angeles marijuana lawyer who can help you maximize your odds of success and minimize the liability risk.

There are so many considerations that must be weighed when deciding to take this plunge. In speaking with a Los Angeles marijuana business attorney, you’ll learn a few of those include:

The whole concept of inter-state expansion isn’t a far-off possibility for California marijuana entrepreneurs. The time to start planning is today.