adminJanuary 16, 2019Leave a comment on Marijuana Product Liability Lawsuits May Pick Up in 2019Politics

It’s not only pot smokers who line outside California’s cannabis dispensaries. Personal injury attorneys may be lurking nearby as well, watching for the opportunity to pounce on a possible product liability claim if an marijuana product makes someone sick or results in an injury. This is particularly true because many states allow punitive damages (up to three times one’s actual damages, intended to penalize the defendant for egregious wrongs rather than simply compensate the plaintiff) for injuries an intoxicated person causes to others. 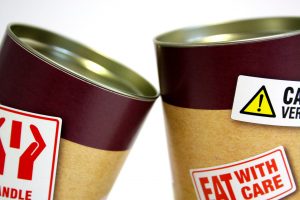 Such lawsuits will assert that marijuana products are defective, dangerous, mislabeled and/or the makers and distributors failed to issue adequate warnings about these risks.

In one such case, Kirk et al v. Nutritional Elements, Inc. et al., filed in the Denver County District Court, plaintiffs are the sons of a man who consumed a cannabis edible he purchased legally from a recreational marijuana dispensary in Colorado, soon became consumed with paranoia and shot and killed his wife. He blamed it on the edible, which he said he’d never done before and was not aware the product would affect him that way. The sons are asserting wrongful death against the manufacturer of the marijuana gummy as well as the store that sold it, alleging both failed to warn of its potency and potential side effects, such as psychosis and hallucinations. He was later convicted and sentenced to 30 years in prison.

Any entity within the chain of distribution – regardless of whether they knew of the alleged defect or danger – is at risk of product liability claims. The store that sold the product to him settled with the family for an undisclosed sum. The manufacturer sought indemnity from its insurer, but as reported by Courthouse News Service, was denied, with the insurer arguing in a federal complaint that the policy expressly didn’t cover bodily injury that might occur after the manufacturer relinquished possession of the product. Further, the settlement the store reached with the family likely prejudiced the the manufacturer/ insurer, the latter of which had never been consulted for it.

While the arbitrary concentration of THC in one’s blood that Colorado considers enough for a person to be impaired for driving purposes is 5 nanograms per milliliter of blood, the husband had about 2.23 grams. It is known, however, that the impact of THC can be greater when a person eats rather than smokes the substance.

At the time that candy was sold in 2014, there were very few requirements on labeling for marijuana products. That has since changed.

Some other potential defendants in marijuana product liability cases may include:

Cannabis companies should consult with an experienced Los Angeles marijuana business attorney to minimize their risk of injury litigation.