The appointment of Jeff Sessions to the office of U.S. Attorney General had many pro-marijuana advocates in California and throughout the country on edge. Sessions was known to take a hard line against all drugs, and marijuana was no exception. Those fears were confirmed when Sessions formally rolled back the Cole Memo, a federal directive under the Obama administration not to pursue criminal actions or civil forfeiture against marijuana businesses that were abiding state law. Sessions even declared at one point that people who use marijuana were “not good people.” 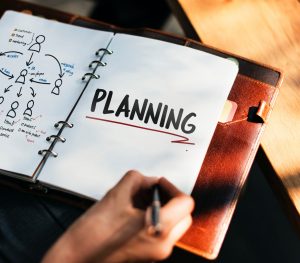 After Sessions resigned (forced to leave, one could argue), there was concern President Trump’s next appointment would be more of the same. Those fears weren’t quelled when he named Bill Barr to take the post. TheGrowthOp dubbed Barr, “a well-documented drug warrior.” Barr previously served as attorney general during the George H.W. Bush administration, and during that tenure garnered a reputation for escalating the drug war back in the 1990s. He’d called for the construction of more U.S. prisons in order to lock up more drug offenders, most of whom were in hot water over crimes related to marijuana. It didn’t seem like much would change after he signed a Washington Post editorial published in November came out in swinging support of Sessions, calling him “outstanding” and praising him on his tough-on-crime approach to drug dealers.

But then, as reported by VOX, Barr responded to U.S. Senators preparing to hold his confirmation meeting that he would not be pursuing a crackdown against legal marijuana if he attains the position. He wrote, “I do not intent to go after parties who have complied with state law in reliance on the Cole Memorandum.” He clarified it was possible he might seek further guidance from the administration on this approach, but that such matters were ultimately guided by the legislature, not the administration. He personally, however, is opposed to marijuana legalization.

In other words, he is saying essentially that it is Congress that has the power to reduce the risk of federal prosecutorial interference to state marijuana laws, if it so chooses. Not that Barr wants them to make that change, but he has said he would do his Constitutional duty to abide such a law, were it to pass.

Los Angeles marijuana business attorneys know that the risk of federal prosecution remains present for any marijuana business or ancillary company that profits so long as the drug remains classified as a Schedule I narcotic under the U.S. Controlled Substances Act. Enforcement protocol may change from administration-to-administration. Although it seems the federal government may once again be taking a hands-off approach to marijuana policy in states where the drug is legal, one can never count on it so long as that classification remains on the books.

As it now stands, 10 states (including California) plus Washington D.C. have legalized marijuana for recreational use, while 30 have legalized for medicinal use and 10 have decriminalized it.

If you are weighing whether to enter the Southern California marijuana market, there are a host of state and local rules by which you must abide. Working with a Los Angeles marijuana business attorney helps ensure you will have met all these requirements and lowered your risk of federal intervention to the lowest extent possible.